Refugio in the News

Check out this amazing article about Refugio.

Refugio Altiplano is an Ayahuasca Retreat located in Peru which has been in operation for over 23 years and sets a benchmark for excellence for Ayahuasca healing centers across the region of Iquitos, Peru.

One reason to visit this beautiful retreat is that it offers authentic Ayahuasca ceremonies in the heart of the Amazon rainforest in Peru and they work directly with the Shipibo peoples of the Amazon.

Ayahuasca is a medicinal plant that has been used for thousands of years by Amazonian shamans. For many years, the scientist has been trying to decipher the secrets of this ancient plant. 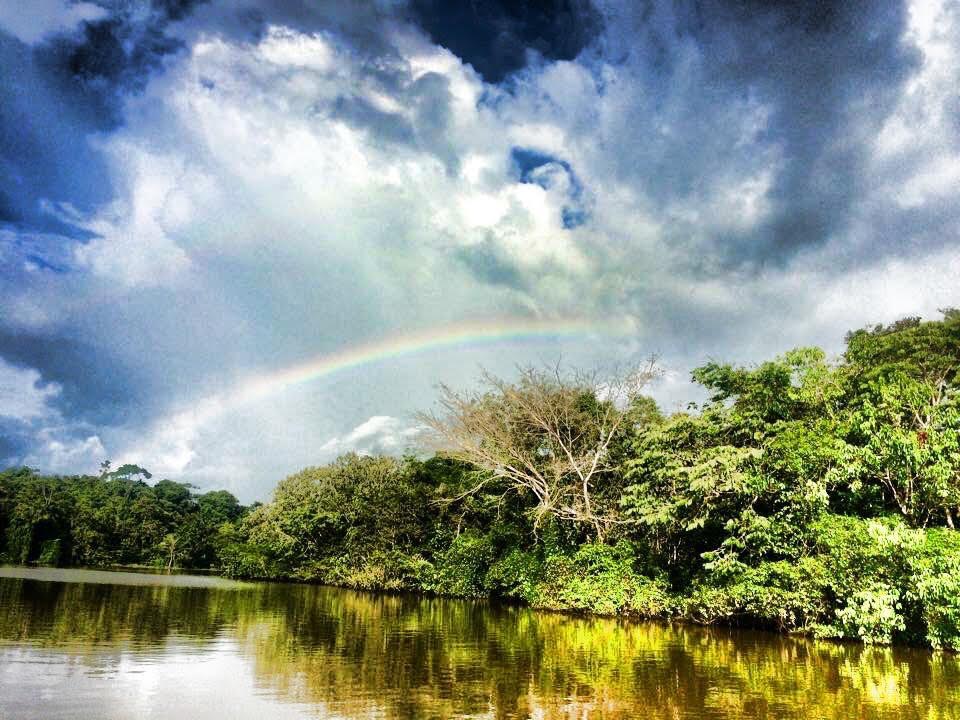 I would like to make you a special offer, but first, want to bring you up to date. These last few months have been very busy for us, with guests booking at the fastest pace in years.

As you are already part of the Refugio community, we would really love to have you back this year. So if you’re thinking about coming to see us, please book soon to make sure we can save your spot!

My special offer to you:

~ If you sign up for a 7-day retreat, you can stay for a 9-day retreat with 5 ayahuasca ceremonies.

We’ll extend this offer to another guest, or guests, that accompany you, if you decide to come with a friend or two.  Simply make a 50% deposit before the end of next month, March, to lock in your spot.

The 2019 retreat dates are located here.

On the boat to Refugio Altiplano

Although we have many guests booking, please don’t worry: we stay committed to a maximum of 10 guests per ceremony and will not exceed this number, as we prefer to keep our ceremonies intimate, allowing the shamans to give you the attention you need.

While thinking this over, check out the link below to see pictures from the river and around the Refugio.

You may also enjoy listening to my recent interview about Refugio Altiplano on “The Herb Walk with Jessica Baker”.  Jessica holds a Master’s degree in Traditional Chinese Medicine, is a full-time practitioner of oriental medicine, and first visited the Refugio in 2017.

We hope to see you soon!  Sending out peace and light to all of you in our global community.

Please don’t hesitate to contact me with any questions you may have.
Kelly Green
Owner
Refugio Altiplano, Iquitos Peru
Whats App +51 931 055 159
[email protected]

Since denial is no longer a river in Egypt, you’ve decided to conquer your addictions by going to an Ayahuasca retreat in Peru.

According to statistics over 2 million people, in the United States alone, are addicted to opiates, 1 billion worldwide to cigarettes, over 20 million to injection drugs, and alcohol dependency, affecting over 300 million people globally, which is legally consumed in most parts of the world, is responsible for a staggering 3.3 million pointless deaths per year, doing unprecedented harm to individuals and their families. The list of varying addictions goes on, as you can well imagine.

It is rare to come across a human who hasn’t been affected, either directly or indirectly, by addiction. Therapy seems to be a luxury only those with money can afford, while rehab centers across America spit out a pitiful 8 percent success rate. By contrast, a Peruvian treatment center, in which patients stay for nine months, undergo traditional psychotherapy and a variety of healing practices, including numerous Ayahuasca ceremonies, say that sixty percent who complete the program remain drug free three years after leaving, many even longer.

Substance abuse has reached epidemic proportions, stretching its tar stained tentacles into every pocket on the planet, and destroying an untold number of lives. With treatment programs proving to be a virtual failure, many are now turning to Ayahuasca as a last ditch effort to save themselves.

If you decide to drink Ayahuasca to help overcome addiction, however, it is vitally important you set serious intent that this is what you want from the medicine….or you will likely depart the realm of butterflies feeling sorely disenchanted.

There are people who have drank Ayahuasca hundreds of times, yet their addictions became more prevalent than ever. How could this be, when so many have experienced such great success in just a few ceremonies? Do they suffer from a chemical imbalance that sleeps undiagnosed under layers of vices? Or have bad habits become such the norm of day to day life, they’ve forgotten what it’s like to live without them?

Once we ingest Ayahuasca, the medicine gets to know us on a very intimate level; psychologically, spiritually, physically and emotionally. We cannot hide from her all Seeing Eye, yet inevitably she will adhere to whatever assistance we ask for. Therefore, if we have an addiction but don’t see it as a problem, we’ll still go home a changed person, though unavoidably stay locked in patterns that keep us cycling in dysfunction.

When it’s all said and done, there is no magic pill that will miraculously change us overnight. We must do the work! But as far as Ayahuasca is concerned? She’s a remarkably effective catalyst in setting us on that most empowering path. She’ll take us down the proverbial rabbit hole into the farthest recesses of our subconscious, where we can at last discover the root cause of whatever got us addicted in the first place. Was it a form of childhood abuse? The death of a loved one? War? Genetic predisposition? Apathy? Rest assured, whatever the cause, she will show you what you need to see in order to help break the chains that bind you.

Disclaimer…be prepared for moments of unpleasantness, as the fragile mirror that is the self gets shattered and remade. Remember that this is totally normal, and everything is going to be better than just okay in the end. No one gets to the promise land without first walking through the valley of thy shadow, yes?

You are wiser and stronger than you know. The time has come to let the walls of limitation crumble, so your spirit can finally fly free.